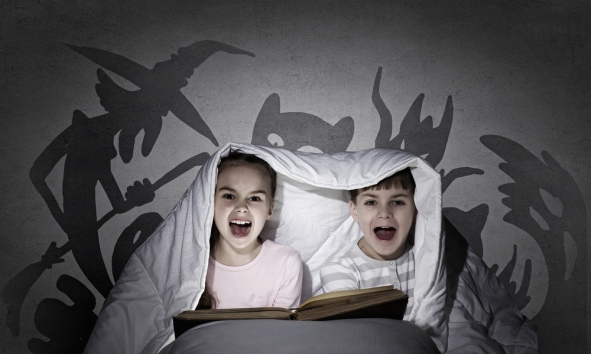 I’m going to get this out of the way at the start – I hate scary movies. To be more accurate – I’ve tried to like scary movies but I’m the kind of person who screams at jump scares, and creepy stuff leaves me awake and alert and catastrophising all night.

The first horror movie I saw was House. I was 11, at a friend’s house, and she’d assured me it was a comedy horror. Now I think back and I can see some of the comedy, but at the time it was deeply traumatising. It took a long while for me to be able to open my wardrobe door at night. Or even during the day… I made my little sister do it – in the classic ‘little siblings are indestructible” way that older siblings have. Scream (another light horror) was the nail in the coffin (so to speak) of me ever wanting to live in an isolated house out in the country. I like having neighbours I can run to when the scary baddies arrive. And the bit at the beginning of Scream where Drew Barrymore’s character is trying to call out to her parents, who are so close to being able to save her, and her voice doesn’t work? Oh that’s only my recurring nightmare. I really wanted to watch Supernatural recently but made the mistake of watching the first one while I was at home alone and decided maybe I need to wait until my kids are at home with me (they somehow take on the indestructibility of siblings; when they are in their rooms asleep I feel a whole lot braver than if it is just me by myself).

I tell you this so you know that I’m not writing from the perspective of an expert on horror and suspense fiction, but as a big ol’ fraidy cat.

So I’ve often wondered: why do so many people love to be scared?  What is the appeal of the Monster under the Bed? What purpose does it serve?

Do people love the adrenaline boost of the heart pounding fear? the visceral physical response of gut churning dread? I can understand that on rollercoasters – the rush you feel is addictive. But watching creepy things and having that fear linger? I find that harder to understand. Perhaps it’s just that lots of people are tougher than me and don’t take the fear home with them.

As humans we’ve always dealt with the scary stuff in our stories. Fairy tales and legends are pretty dark and frightening in many ways. People are punished in inventive and cruel ways (the Ugly Sisters in Cinderella, anyone?) and the hero/heroine does not always win. Often tales like Red Riding Hood and the Little Mermaid were used as gruesome morality tales; look what happens if you stray from the proper path, seek to step out of your proper place. Fear as social control.

But it is deeper even than that.

“We have been telling each other tales of otherness, of life beyond the grave, for a long time; stories that prickle the flesh and make the shadows deeper and, most important, remind us that we live, and that there is something special, something unique and remarkable about the state of being alive”.

This relief at knowing that you are alive is perhaps also shown by the idea that perhaps we like scary movies/books because, at a deep subconscious level, we are rehearsing what we might do in such a threatening situation (a bit like the overt morality of early fairy tales). Christian Jarrett, in The Psychologist (v.24, Nov 2011), writes that as possibly our ancestors’ greatest fear was of being eaten, the endless horrors of being ripped apart by zombies, becoming food for vampires, or the gory slasher films rehearse our deep seated human fear of the predator. He also discusses the fear provoked at a deep psychological level by the horror villain in a mask or with a covered face – the inability to read faces and also to see humanity in your attacker. With no humanity to connect to, there is no conceivable way to reason your way out of an attack. Their motives also seem without reason – adding to the fear that there is no way to protect or guard yourself from attack.

All fiction does, to a certain extent, enable us to explore different situations, ways of being. Spec-Fic in particular allows us to explore what we would do in a completely different setting that models some of the fears we have now. For example – dystopian societies such as that in Suzanne Collins’ Hunger Games and Margaret Atwood’s The Handmaid’s Tale, or the movie Elysium, allow readers/viewers to experience a type of repression and brutality and resistance that has not been their day to day experience. But, as history teaches us, authoritarianism is often only a few steps away and the real fear in some of these works of fiction is how real they could become.  Horror movies don’t have that same base in day to day reality – although most of us might be frightened by the thought of a serial killer, it is also statistically highly unlikely we will ever encounter one. Supernatural horror in particular is very unlikely, and yet I’ve never been kept awake in fear as a result of a dystopian story. Thought about it afterwards, sure. Reflected on it and discussed it and felt discomforted by it, absolutely. But jumping all night at every sound from outside as a result of reading it? Not so much.

Wait. I’ve thought of an exception – When the Wind Blows.  I saw this anti-nuclear war animated film when I was about 11 and it terrified me beyond anything else I’d seen up until that point – exactly because it felt like such a real possibility. 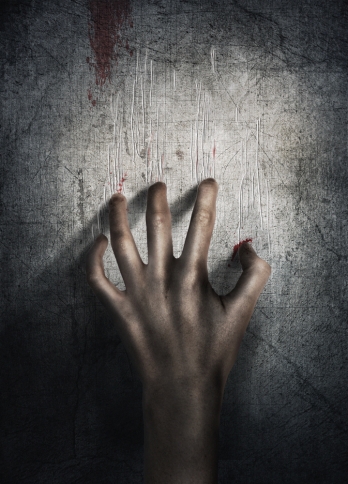 Horror and intense suspense taps into our fears of what might hurt us that we can’t control. It encourages us to stay wrapped up in our beds to be safe from the nasty outside, and then it hits us with the fear of the monster hiding in the closet, or under the bed. And don’t get me started on the ridiculous impact of shadows or creepy children *shudder*.

That lack of control is probably the biggest factor in my own fear. I can lock the doors a gazillion times but that’s not going to stop some demon spawn from eating my face off as I sleep.

To be honest, it’s not even as specific as that. If I get scared, really scared, while reading or watching a story, I’m not lying in bed fearing that particular thing. I’m just scared. And the leftover feeling bleeds into everything else and so every noise that frightens me doesn’t necessarily connect to the thing in the story that scared me, but to a fear of being helpless and attacked.

This is probably why I don’t mind watching scary things as long as I’m not alone. Share the danger. If they come for us, they can’t catch us all.

Do you enjoy horror and scary fiction? What is it that draws you to it? Do you stay awake under the covers afterwards?  Let me know in the comments 🙂

5 thoughts on “The Monster under the Bed – Why do people like scaring themselves?”