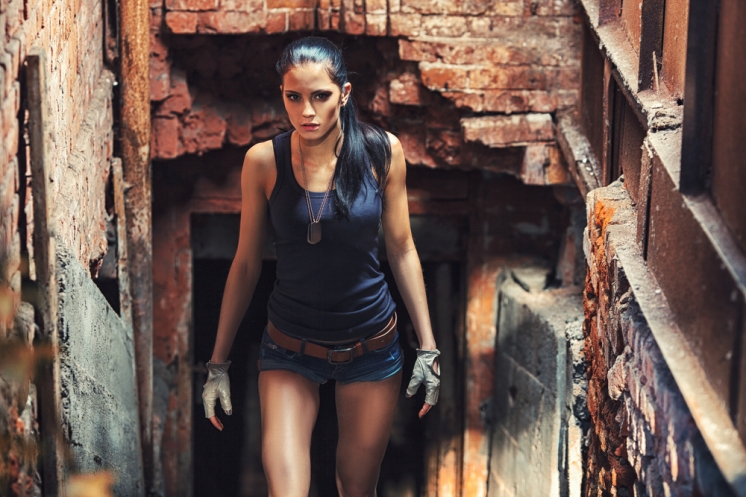 I’ve been watching Wynonna Earp and thinking about the whole Chosen One trope. I love it. I know it’s a bit problematic at times (what with it’s occasional overtones of privileged saviour and the tendency to jump over plot holes) and prone to cliche and suffering from a case of the Mary Sues, but it has always spoken to me.

It must speak to others too because there’s an abundance of examples to choose from. Films like The Matrix have their Neo, and Star Wars attempted to make Anakin a chosen one (I reserve a little judgement on that one). Harry Potter is all about the Chosen One, although it plays with it in various ways. Many of my favourite TV shows centre on a chosen one – Buffy the Vampire Slayer, Once Upon A Time, Merlin, and now Wynonna Earp.

As I prepared my lists of Chosen Ones, it struck me that they all, with the possible exception of Merlin and Arthur, and maybe Luke Skywalker, are reluctant saviours. At least at first. Usually they grow into their role. Emma Swan ends up merging who she is with her role as saviour, and Wynonna Earp gets antsy if she thinks she’s being left out of the action.  Once we’re made important it’s hard to back down from that. Especially once we accept that we’re actually doing some good too.

More often than not, the chosen one has their role because of destiny, or a prophecy. Wynonna Earp is the chosen one because of a curse, each Earp heir taking the mantle on his or her 27th Birthday following the death of the old heir, much like Buffy who is one in a long line of Slayers who are chosen in their teens and take up the mantle of Slayer when the old one dies. Emma Swan is a saviour because she was prophesied to come back and break the curse. It is unclear who has destined Merlin to be Arthur’s protector, or who foretold that Arthur would be the Once and Future King, but it is never in doubt that the prophecies given to Merlin by Kilgharrah the dragon as well as by the druids will come true, and that it is both his duty and his destiny to protect and serve Arthur, even though he has to hide his magic to do so.  The danger with this trope is that it is a very convenient plot device. Ordinary person is uplifted (or burdened) by a higher destiny and becomes extraordinary in the process. This can give rise to all sorts of conveniences and oh look at that I saved the day again! But it can also lead to some really great character development as our chosen ones come to terms with who they are and what they are meant to do.

One could argue that Designated Survivor, despite being a political drama, rests (for Season One at least) on the Chosen One trope – Tom Kirkman is chosen to be the designated survivor and then when the entire US Government is wiped out, is put into an extraordinary position of President with no training and no supporting government system.

Superheroes also become extraordinary, but more often than not they’re superheroes because of an accident (Hulk, Spiderman) or by design (Captain America, Iron Man, Batman). Superman is born with it, as is Thor, but although they are superheroes to us, they are aliens from places where their powers are not extraordinary. Superheroes have the driving motivation of protection and destroying evil, which doesn’t depend on satisfying one particular prophecy or destiny. This gives them a wider scope for their actions and stories.

The Chosen One does not have to be perfect. In fact, it’s a lot more interesting when they’re not. Wynonna Earp is blunt, drinks too much, and has a troubled past. Buffy can be ditsy and relies on the assistance of her friends, even though she usually saves the day by herself.  The reluctant chosen one is an attractive character because they combine hero and anti-hero characteristics. Emma Swan is undoubtedly the hero, but she fights for a long time against having to take responsibility and being the saviour. It’s a bit more realistic in our modern setting than someone wholeheartedly embracing their new ‘chosen one’ status. I think we’d all be a bit overwhelmed if it happened to us, regardless of how good our self-esteem is.

I wasn’t happy about telling Simon that i’d somehow turned into a magic person. How would i even phrase it? “Hi, you know how you always told me I needed a hobby? Well…. “

I wondered as I walked back to the living room, was this what it was like when people started hearing God? How had they explained that to their families? A vision of Joan of Arc popped up in my mind. Not a great example. I didn’t relish the thought of burning at a stake.

from an old project, Light Breaks

Harry Potter is an appealing character precisely because in many ways he is not exceptional. He reminds many of us of what we might have been like at school. And haven’t we all wanted to be special at times? But we also feel for Harry with the burden of being ‘The Boy Who Lived’, mainly because he doesn’t feel he can live up to it, but also because of the attention, both positive and negative, that overwhelms him. On that note, I wonder what Harry would have been like had he been the ‘boy who lived’ growing up in the wizard world around people who treated him as something special. Would he, perhaps, have grown to be a bit more like Draco Malfoy?  Harry becomes exceptional not because of the prophecy, but because of what the prophecy makes him endure. Because he is a threat to Voldemort, he is put into situations where he needs to face him and fight. He becomes exceptional at the things he likes and works hard at, and his bravery, courage, and loyalty are things he shares with his friends.

Katniss in the Hunger Games is treated like a Chosen One but the reality is that she chose her fate. She chose to take her sister’s place. She chose the resistance.  Even Neo in the Matrix had the option of choosing the red pill or the blue pill, staying in the Matrix or becoming the Chosen One. Emma Swan has to make the choice to believe in order to break the curse. I like the idea of choosing. Because even the chosen ones have to make the hard calls. And the chosen one destiny can leave you pushing against the tides trying to make your own decisions, have your own agency.

My first completed project focused on a man who appears to be Chosen. I tried hard to not buy into the saviour trope, and it’s a bit more than just one man being ‘Chosen’. Anton struggles with the idea of being one of the Chosen, especially given his guilt over his recent involvement on the wrong side of a war, and it is when he chooses that he comes into his own.

It was still not enough. His shield began cracking and the cries from those behind him grew louder as they were drawn in to Malchor’s Maelstrom. He might be able to defeat the warlord if he took down the bright shield that covered the city, but it would be at the cost of thousands of lives. Malchor’s power was such that a mere second would be enough to wreak total devastation. Malinda’s light flickered and his own was dragging out of the ground. He remembered what Carima had said. “You cannot sacrifice yourself, you are needed.” Continuing this battle would probably kill him, and maybe Malinda too. If he could save her from it, turn off her power he would. He took a breath. One final push then.

Mother Wendyl’s gentle voice stole into his mind “It is a divine gift Anton… drawn to lives of service” And older than that a beloved soft voice and the scent of cherry blossom, “One day, little boy, you will be a great big man like your father was. What must you do when are big, my Anton?”

“Help those who are littler Mama, look after the weak, serve the people.”

A bolt of clarity hit him. Carima had been completely wrong.

Slowly he stood tall, relaxing his stance. He sensed rather than saw Malchor’s sudden alertness. Shutting his eyes he gave himself to the energy, letting it gather and pool, feeling the drain. He didn’t try to push Mali’s power away. She too was Chosen. Wrapping it around himself he let out a breath and opened his eyes to Malchor.

“Here, at the end, I understand. I am Chosen. But I also Choose. I give myself.”

I like the Chosen One trope because it gives scope to imagine all sorts of different ways the ordinary can become extraordinary. It allows us to explore the burden of having great power and responsibility thrust on us, and to reconcile who we thought we were with who we need to become.

What’s your favourite Chosen One story? Or do you avoid them like the plague? Let me know in the comments 🙂

I am a prepublished author of paranormal and fantasy novels. View all posts by Clementine Fraser