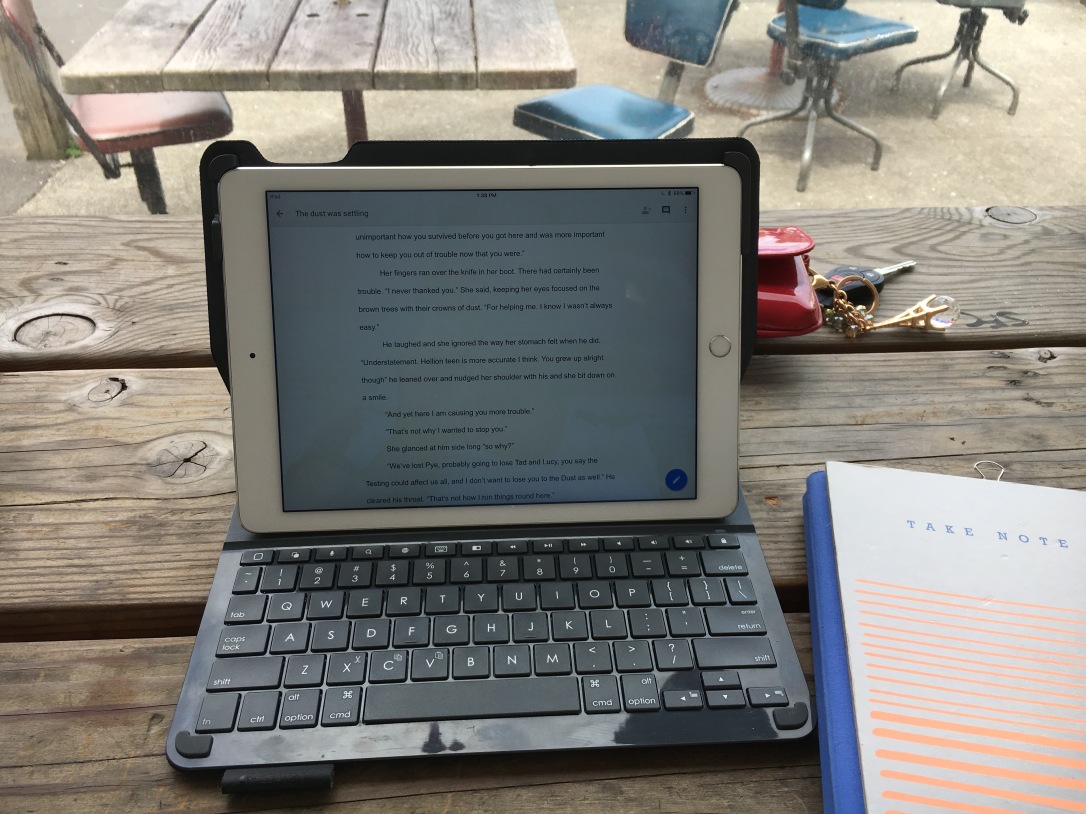 Revisions are tough. I mean, drafting is hard too, but you get to ignore the bad bits and the lumpy plot and the endlessly repeating ‘looked’, because everyone tells you to “Just get it out! words on a page! You can edit a bad page you can’t edit a blank one!”. You can’t escape this in revisions.

I’ve been carrying out a lot of revisions lately and am super happy to have completed the third draft of my Dust Bound fantasy novel. (SUCH a relief). When I first started the revision process I found it very overwhelming and difficult to get a handle on. I could do a couple of tweaks, sure, but I found really improving it a harder thing to figure out. I didn’t know where to start. 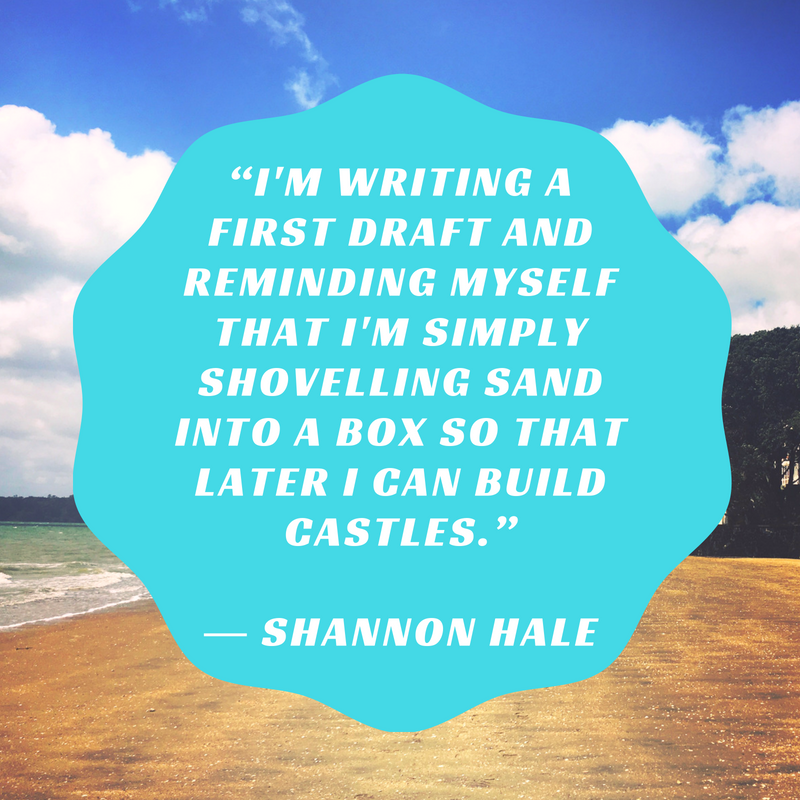 This advice about sand to sandcastles is often given, and during my drafting stage it was really reassuring. But not for the revisions.  I had no idea how to get from vast quantities of sand, some pristine, some with bits of cat wee, some left best unmentioned, to glorious turrets of a mighty sandcastle.

Then I had an epiphany.

I didn’t have a vast sprawling sandpit with nothing on it. My manuscript wasn’t a virgin beach. There were lines, small heaps, markings in the sand. Foundations. Placeholders. These are the statements that are usually ‘tell’ statements. “They walked through the lush fields.” It’s a sentence that doesn’t do a lot. It’s a placeholder. It helps tell the writer the story so we can go back and flesh it out.

I realised this was my process. 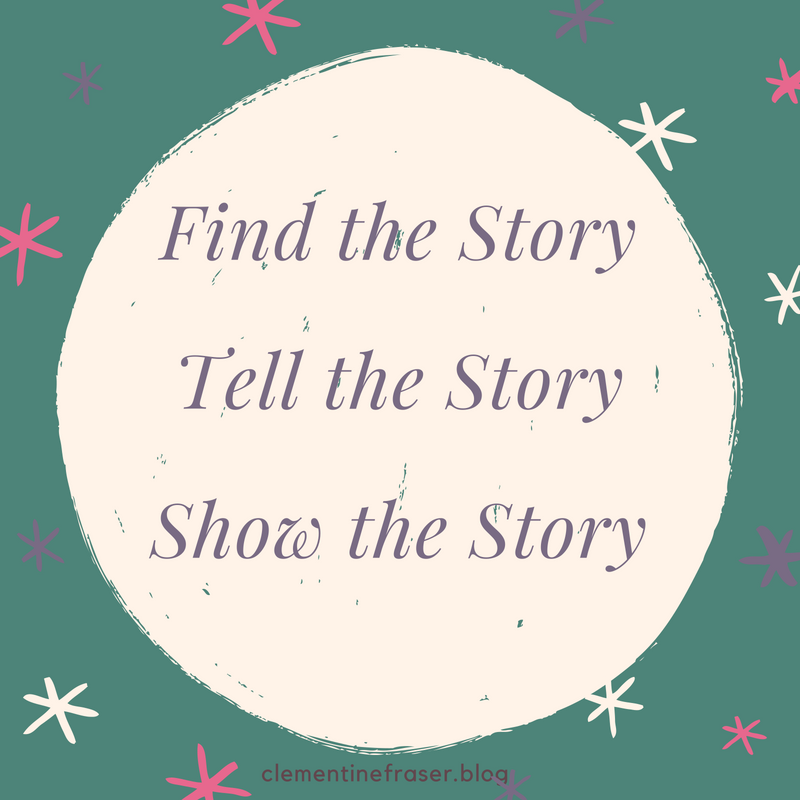 This made the whole thing far less overwhelming. I wasn’t starting from scratch. I wasn’t trying to get from finding to showing, or from sandpit to sandcastle. I was moving slowly in stages, each point moving me that bit further on.

The way to get from tell the story to show the story, for me, was to identify the placeholders and focus on developing them.

An example is probably best to demonstrate what I mean:

This is the first draft:

They noticed the quiet hum of the nomad camp the closer they got. It wasn’t silent, but it wasn’t just the dust that muffled the noise. It had the feel of people who knew exactly how loud they could be before they started drawing the attention of the boogieman in the dark.

Around a small fire, which was responsible for the glow, sat 15-20 people. A rigged cloth stretched high over the flames to catch the dust, allowing the fire to smoulder without being damped.  There were no old people and no children around the fire. That didn’t mean there were none. Covered carts ringed the clearing and it was through two of them that they walked, weapons down but out.

Focusing in on these words and statements, recognising that they provided a foundation for my sandcastle, enabled me to develop them into something more immersive:

The flickering light turned into the steady glow of a small fire. Thin trees opened to a clearing ringed by covered carts standing guard against the outside world. The quiet hum of people, all too aware of the threat of black tipped wings in the dark, grew louder with every step. Addie edged closer to Ryder, her sweaty palm slipping on her knife handle. Flames threw shifting shadows over the Dust, sending shivers crawling over her skin.

The carts loomed on either side of them as they walked a pathway into the centre, whispers trickling out from frayed canvas covers. A warm glow danced over the people gathered around the fire. Their eyes fixed on the newcomers. Rigged cloth stretched high over the flames to catch the Dust, allowing the fire to smoulder without suffocating under grey powder. No children played, no old people talked. The clearing filled with an expectant hush.

The biggest thing for me with my placeholder epiphany was a liberating acknowledgement that I didn’t have to have it right the first time. That it was a process. It helped me feel less overwhelmed and gave me a strategy for my revisions.

What are your best revising/editing tips? Share in the comments below!