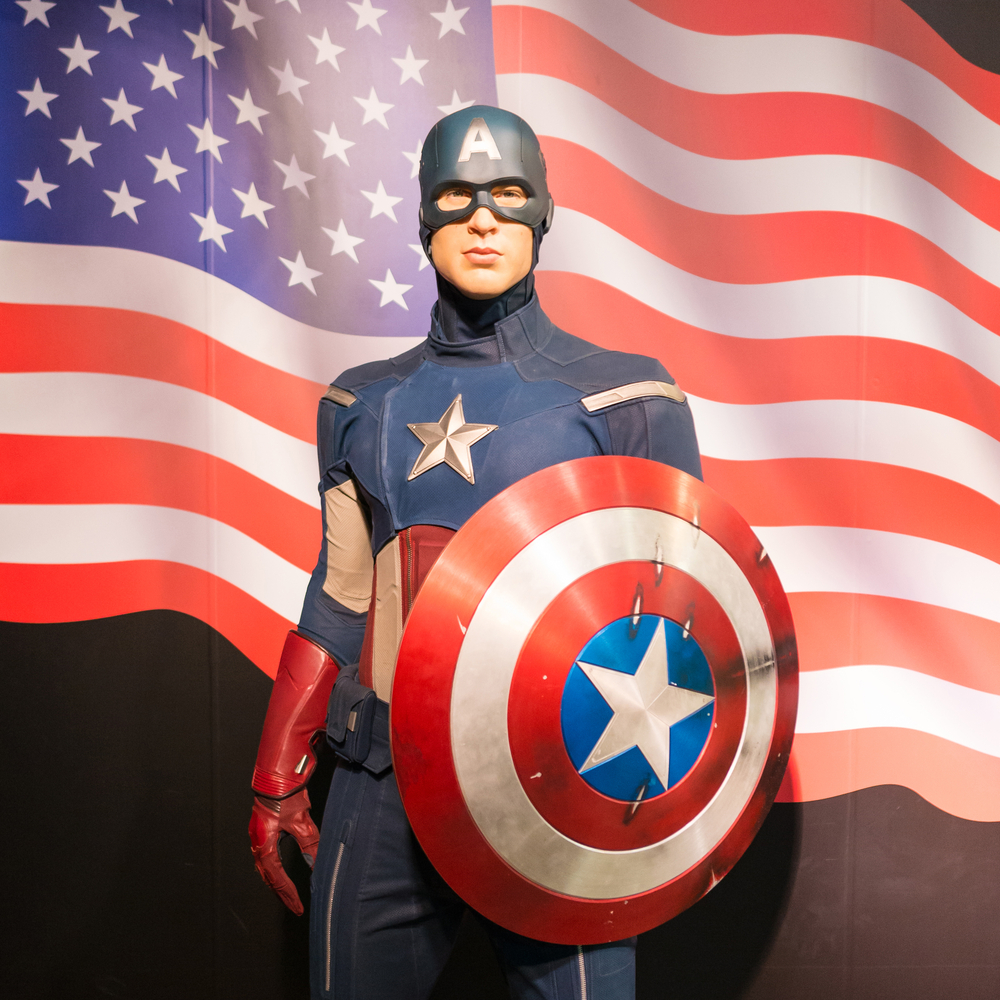 It wasn’t just Chris Evans that made me fall for Captain America.

Okay, it was a lot to do with Chris Evans but not all of it. Truth be told, first time I watched the Avengers I thought Captain America was a bit of a prat. I thought he was pretty sanctimonious and I preferred the snarky flippancy of Iron Man. I’d also not read a lot of Captain America comic books; when I was young I read the comic books that my brother bought and I remember a lot of Silver Surfer, Thor, and Fantastic Four. No Captain America. So I came to it just from the recent Marvel movies.

Then, I admit, I started following Chris Evans on Twitter, almost by accident.  He’s pretty great. It was after reading several posts showing how the actor upholds the ideals of the character (and after my 9yo declared that Captain America was his favourite superhero) that I decided to watch the Captain America movies.

It was then that I fell for Captain America.

I didn’t fall for the patriotism (here in New Zealand we aren’t too much about flag-waving – it makes us feel a bit awkward), not even for the story line and not just for his physique. When I paid attention I noticed things about Steve Rogers that make him an ideal hero for me:

He’s kind. In Civil War, he notices when Wanda is upset and intervenes to try and make it better. He shows Black Widow understanding and acceptance. He is supportive of those he works with.

He has integrity. He doesn’t back down over the things that he believes are important, whether that is not signing the Sekovia Accords or not giving up on enlisting in the army in order to fight fascism.

He doesn’t give up on people – his faith in Bucky is the foundation of one of the great friendships in fiction. His belief that Bucky is still there inside the Winter Soldier and his determination to save him, his refusal to condemn him, speak to all of us who would be so protected and cared for.

He punches above his weight. He knows his limitations and he gives his all anyway.  Pre-serum skinny short Steve who still tells the big guy beating on him ‘I can do this all day’, captures our hearts because most of us have been in a situation above what we can cope with and not all of us can say that we conquered it.

He doesn’t like bullies. Not only that, but he stands up against bullies even when it would be safer to walk away.

He is manly without displaying any of those characteristics that overt masculinity can sometimes display – aggression, arrogance, dismissal of women’s opinions, and inability to express emotion or feelings.

Steve Rogers fits the characteristics of the archetypal hero outlined by Joseph Campbell in ‘The Hero with the Thousand Faces’.  The importance of archetypes as set out by Carl Jung is that they are patterns coming from our collective unconscious, a part of us that transcends the limits of our individual experience and connects to or remembers all of humanity.  This helps explain why Captain America as a character is so appealing. He represents the hero that we all subconsciously expect and seek.

Some heroes are fun to watch, others seem so over the top they lose authenticity, others we admire for their flaws. The reason I fell for Captain America is because something in me identified with the heroic aspect I’ve always tried to uphold in my own life.

That sounds a bit over-dramatic but it’s there in the small things we do each day in an attempt to make the world a better and kinder place. It’s there in the 15 year old girl who marches up to the large boy who has been bullying her friend, sits down next to him on the train, and proceeds to rip into him for his unpleasantness.  It’s in the students who you know are battling large odds in their personal lives who go out of their way to encourage and support other students. It’s in the grown up heroes who stand in front of evil men with knives to prevent them attacking others. It’s in the people who lay their bodies on the line to fight for civil and human rights.

The archetypal hero is what we all aspire to be.

I saw an excerpt from an interview where Chris Evans said “Any day you’re having a bad day, you think “Would Steve Rogers do this?”

And because he isn’t perfect (Steve Rogers that is; I’m quite definite on the fact that Chris Evans is more than perfect) and we know that he holds himself to a higher accounting than he does others, that kind of mental reminder is not off-putting to me, but actually highly appealing.

Now I think it’s time to go rewatch a few Captain America and Avenger movies whilst waiting for Infinity Wars to come out.

Who’s your favourite superhero? Why? Do they fit an archetype? Let me know in the comments!

[NB I wrote a more recent post on how Captain America: Civil War teaches us about taking responsibility for our actions. It can be found here.]

11 thoughts on “Why I fell for Captain America”