There’s one of those little sayings ‘You know you’re a writer when….’  And sometimes that feels exclusionary, like “Well, I don’t always look up murder sites in crowded cafes but I think I’m still a real writer Susan”, but I think everyone who writes ends up putting parts of their daily life into their work. You can’t help it sometimes. Those little moments or feelings sneak into your creative mind like friendly ninjas and go “Oh hey! have you seen me? I’d look pretty good in your WIP don’t you think?”.  And they do say to write what you know, so…

A little while ago I was running late for work. Traffic was horrendous. I had dropped my son off to his Granny after a long commute and was hoping I’d at least get to school before the first class. I drove down the side road and turned into the main road only just slowing, not stopping completely at the stop sign. Habit I think – mostly because there was never anyone there. That day there was a cop on a motorbike. The red and blue lights flashed, the siren went, and with a sinking feeling in my stomach I pulled over. He was pretty stern with me and I was very cowed – mostly because I knew it was completely my fault and I knew that a ticket would be coming. He talked to me as he wrote it out and learned I’m a teacher. He probably saw the kids’ stuff in the back. He could tell I was remorseful. When he gave me the ticket I had no idea it would be so much. I don’t have very good control over my face and I must have looked as stricken as I felt because his whole tone changed and he talked about part payments. When he left he hesitated before kind of patting the part of the door where the window goes in and telling me to take care.

As he walked away, and I sat there crying because I was still late to work and now had a massive fine I couldn’t hope to pay, I couldn’t help thinking about how much sympathy had been expressed in that one brief action and, significantly, how I had to make sure I put it somewhere in some part of my writing.

She stood abruptly and he turned to lean his back against the bed, knees up in front of him and hands tightly clenched.

“Where will you go?”

“Home. At least, to the only home I seem to have now.” She cast a glance around the room and, with a pang, Merlin realised she’d come to see his house as a home.

She set her shoulders and zipped the bag. “I have reconsidered. That’s why I’m going”.

His head swung round to the door. “Yes, Gwaine?”

“Merlin, Arthur’s made his decision.”

Reading the compassion in his friend’s face, Merlin’s heart sank further into his boots.

Gwaine looked as if he’d say something more, glanced between the two of them and then left, thumping the doorway lightly as he went.

Merlin couldn’t look up from his twisted hands. Morgana walked to stand in front of him and her hand came down. “Come on then, Merlin. Let’s go to the judgement.”

It ended up being such a small thing and yet it made me intensely satisfied being able to include it somehow.

Even little blessed moments like listening to my youngest son’s playlist and delighting in the songs he’d chosen, realising that I was being given a glimpse into the kind of person he is becoming have been worked into my stories.  I like to put in these moments because I doubt I’m the only one who feels them, so I hope that they can connect with readers on a deeper level.

Recently I went to the storage place with my father. Walking through the empty corridor with the smell of the anti-rat stuff merging with the mustiness of disuse, I looked up at the massive doors and cages of compartments filled with odds and ends of people’s lives. There was one compartment full of what must be supplies for an aromatherapy business. Another full of neatly labelled boxes just peeking above the door, and many with a hodge podge of chairs and old lamps and outdoor games bulging against the cage at the top of the compartment, warning you to enter at your own risk of being smothered by falling stuff. I instantly thought Surely my characters can come across a deserted storage compartment? they could find something useful for their dystopian wasteland. Or maybe it’s all been cleared out, save ONE… Ooo. I still don’t know when I’ll use it but, much like those who fill their compartments with the bits and pieces of their lives, I hoarded the feelings and images for use at a later date.

I’ll be the first to admit I’m pretty clumsy at times, and that’s been helpful too. I was walking up the two steps into my old kitchen when my slipper somehow caught on the stair and flipped me. Flipping slipper. I fell straight down, chest to to the floor, elbows smacking into the ground and my knee twisting. I lay there shocked, winded, and in pain and thought: Wow, must remember this for when I write fight scenes. There’s no way I can get up and do anything right away. This hurts!  Silver linings, am I right?

Our environment is also a huge inspiration – the night market in Queenstown as well as the lake and the incredible picturesque mountains and, well, everything about Queenstown, has found its way into two of my projects. My love of the stars has also snuck in.

The lanterns lit up the trees in multiple colours and the smells from kitchens around the world filled the air. The lake surface reflected the shifting light and the noise of the crowd hummed around them. Drum beats formed a deep pulse driving them on. Merlin had lost count of the festivals he had seen in his long lifetime but he always enjoyed the people. Pushing through the mass of revelry he spared a glance for Arthur, who seemed to be remarkably at ease.

Merlin – The Return of Arthur fanfic 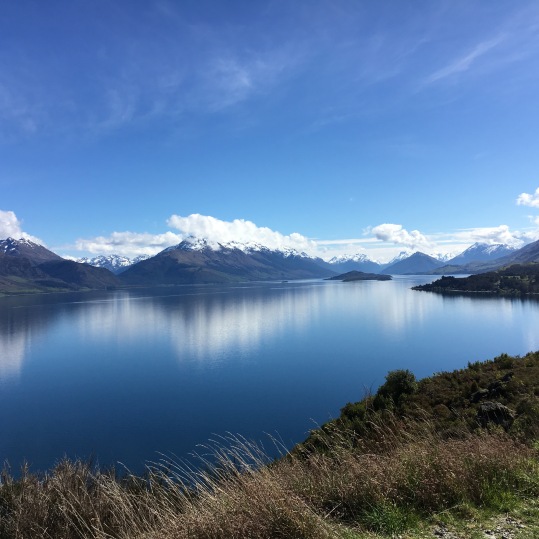 The stars were glorious. There was no other word for it. They scattered the sky like someone had spilled diamonds on a black cloak and then set a fire to make them shine. She stood with her neck craned backwards trying to see them all.  Ryder came to stand next to her and she reached out her hand. After a second he took it. “I haven’t seen stars since I was a child,” she said, “since before the Fae. I used to spend most evenings outside with my mother, watching for shooting stars. But we never saw anything like this.”

These are moments that are kind of easy and enjoyable to write, regardless of whether the writing is any good in its finished form, because they provoked such an intense emotional response in us to begin with. They are the moments that keep us writing, as we synthesise our realities with the worlds inside our heads.

My favourite moment I snuck into my writing, though, was a moment of pure joy.

She felt her cheeks tug and a feeling like bubbles floating through her veins spread through her. It was… glorious. She went to hug herself and then paused. No, this wasn’t a tight feeling, this was a giant feeling. She spread her arms out and leaned back, her face to the sky, her eyes closed and her smile so wide it felt like it was lifting her upwards.

And in case you’re wondering, yes I was actually out in public when I had this experience and did, in fact, spread my arms out to embrace the happiness in the world that I felt for that moment. It was a good one. 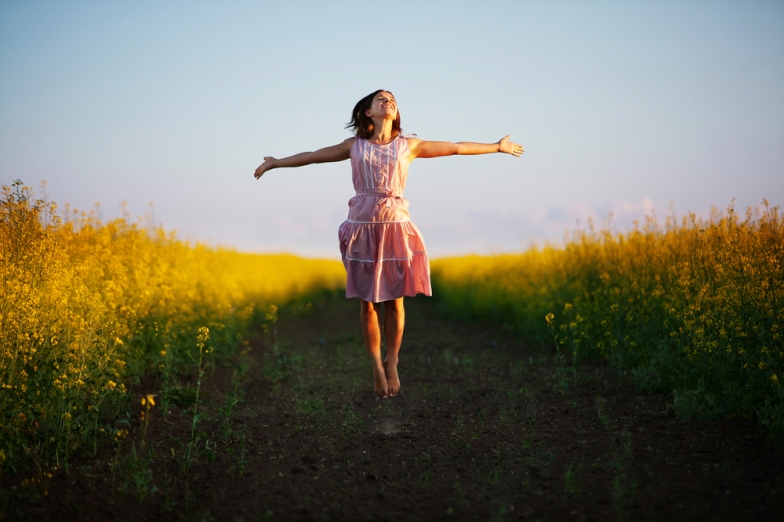 What are moments that inspire you or that you’ve wanted to hoard and remember forever? Let me know in the comments 🙂

4 thoughts on “The little moments of life that sneak into your writing. Like ninjas. But nicer.”