Such a great moment. I cry every time.

If you’ve seen the movie or read the book, you will recognise this as the moment that Sam picks up Frodo and carries him towards the entrance to Mt Doom. Frodo had told Sam earlier that the ring “is such a weight to carry, such a weight’. But when Sam had offered to carry it for him he said “You must understand, it is my burden, and no one else can bear it“. All through the story there are these two ideas that seem to be in competition but really aren’t.  We are repeatedly told that Frodo bears the full responsibility for this task:

“I cannot do this alone”

“You are a ring-bearer, Frodo. To bear a ring of power is to be alone. This task was appointed to you. And if you cannot find a way then no-one will”

But we are also given the fellowship:

“I will help you bear this burden Frodo Baggins, as long as it is yours to bear.”

“If by my life or death I can protect you, I will. You have my sword.”

We’re also shown that Sam never gives up on Frodo (“I made a promise, Master Frodo, a promise. Don’t you leave him Samwise Gamgee, and I don’t mean to”) and that his decision to go into Mordor with Sam was the right one. The sub-plots also show how all the characters rely on each other, that the different nations need each other to overcome the obstacle of Sauron.

Frodo is the ‘chosen one’ because he chooses to take up the burden in order to do the right thing. “I will take it. I will take the ring to Mordor. Though I do not know the way.” He is remarkably resilient to the power of the ring but, quite apart from whether or not he could have got to Mordor from Rivendell on his own, he would not have succeeded in destroying the ring had he been by himself.  This is a powerful message.

Very often we think we need to struggle on by ourselves. We don’t like to be a fuss. We don’t feel entitled to the help. We want to succeed by ourselves or maybe it isn’t a real success. Frodo and Sam show us that this is nonsense.

I have had my own Mt Doom moment. More literally than you would suppose. If you read my post on overcoming fear, you will remember that when I was 15 I fell down Mt Ngauruhoe, which is the mountain used for Mt Doom in the movies. It left me with more than physical scars. I needed help to not just get down the mountain in the first place, but upon my return – both the following year and then 16 years later as a teacher. I needed the arm to hold, the good cheer and encouragement of others. I needed my own strength and determination too, but scaling Mt Doom a second time was a lot easier with the help of others.

Return to Ngauruhoe as a Year 13 Student 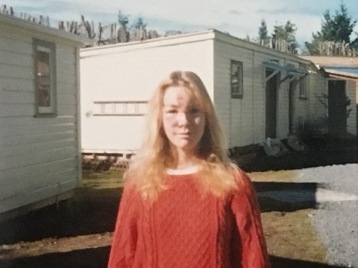 Return to Ngauruhoe as a teacher

Even superheroes can’t do it alone. One of my favourite scenes ever is this one in Spiderman 2. Peter Parker gives up his secret identity when his mask is burned as he tries to save a runaway train. He succeeds in stopping the train at great cost to himself. He collapses and the passengers pull him in. They help the man (the teen) who helped them. He was the one who could stop the big tragedy and they are the ones who stop the small one. Their support and warmth help him on his journey in more ways than one.

We love the hero, and I love writing the heroes. My heart leaps every time Aragorn comes on the screen in the LOTR (and that’s not just because of Viggo Mortensen). I love his nobility, his bravery and his strength. The fact he faces a swarm of Uruk-hai with no fear makes him amazing.  But when heroes can’t do it all on their own they become more significant, more important. More true. Those are the heroes we love, because in our heart we know we too could not, and cannot, do it alone. And Aragorn is not left to do it alone – when he enters the Dimholt Road he does it with Legolas and Gimli at his side.

When Sam carries Frodo it brings together two great things – the noble sacrifice of Frodo, bearing an unbearable burden, and the loyalty and strength of friendship.  That’s probably why I love it so much.

I leave the last word to Frodo: “Frodo wouldn’t have got far without Sam.”  *Cue tears and emotions*